Plant a tree in memory of Jeanette
An environmentally-friendly option 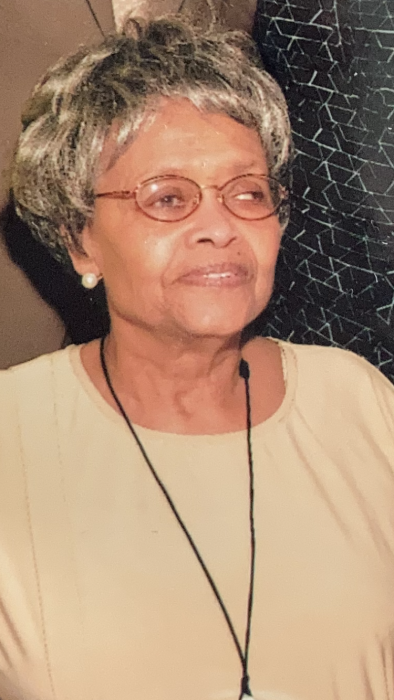 Jeanette Shell was born in Elizabeth, New Jersey on June 10, 1930. She, her parents, Cornelius and Tommie Lee Harris, and siblings Bernice, Doris, and Cornelius, moved to Vauxhall in the fall of 1937, in time to start the school year.  Jeanette was educated in the Union Township school system, graduating from Union High School fourth in her class, in 1948.

On January 3, 1949, Jeanette became the first Black Librarian of the Union Public Library. She worked at the Main Library in the Circulation Department. Jeanette also worked at the Vauxhall Branch Library under Mrs. Elizabeth Luycx, who she knew well from being a regular patron throughout her school years. Besides being her boss, Mrs. Luycx trained Jeanette well, and was a great friend. Jeanette worked many years in the Reference department at both libraries. Mrs. Luycx became sick and retired.  Jeanette was promoted and appointed to run the Vauxhall Library.  She was privileged to work with Judith Murphy, who also worked under Mrs. Luycx.  Jeanette and Mrs. Murphy were a great team, working together for the next 35 years.  She was honored for 40 years of service by her peers and the community.

Jeanette met her husband John Shell through his brother, Edward, and her sister, Bernice. They were married on June 24, 1961.  John and Jeanette traveled extensively to Europe, Canada, throughout the United States. They were married for 40 years and shared many happy memories together until his passing in 2001.

In 1998, Jeanette started the Jeanette Shell Book Scholarship Fund, that awards book scholarships to deserving college bound students in the community.  In 2011, Jeanette received a plaque from the New Jersey Chapter of the Florida A&M University Alumni Association for her dedication and commitment as a Librarian and Community Leader.

Jeanette has been a proud member of the Bethel A.M.E. Church, Vauxhall, NJ for 75-plus years.

Jeanette had many hobbies. They included word puzzle games, reading, watching QVC, the Food Channel and news programs, cooking and baking, playing solitaire, and talking to friends. She was very philanthropic, donating money to many charities.

Plant a tree in memory of Jeanette by clicking here.
To send flowers to Jeanette's family, please visit our floral store.

A service summary is not available

Plant a tree in memory of Jeanette
An environmentally-friendly option

Plant a tree in memory of Jeanette

1 tree planted in memory of Jeanette

My memories of Ms. Shell will always be of her sweet smile and gentle demeaner.  Yet, she could be firm but always in a positive and loving way.  She was a woman of grace inner  beauty and strength.  Whenever she spoke, I would listen well for I always knew that what she said was golden.  I learned a lot from her and will carry her words of wisdom with me always.   She loved her family and was a true church member.  She loved Jesus and served him well.  I will miss her beautiful smile and calm.  She is now our Angel of God.  Rest now in the bosom of our Lord.

A Memorial Tree was planted for Jeanette Shell

Plant a tree in memory of Jeanette